HTML clipboardDaybreak Web Designs has announced several important changes to www.commercial-fishing.org for 2009. Many of the improvements relate to coverage of 2008 events along the USA East Coast. Highlights of 2008 included industry happenings and trips into the field. In January, staff attended the MWA Commercial Fishing Expo where some of the nations top boat builders and equipment manufacturers were represented. Research at sea included observing scalloping during the March opening of the Elephant Trunk Access Area. Over the summer, staff visited several commercial fishing ports including Newport News and Chincoteague in Virginia, and Ocean City, Maryland. In September, events included a tour of New England and the Working Waterfront Festival.staff Banks of www.commercial-fishing.org remarked, “Our trip to New England had a huge impact on the website. We got to see the New England groundfishing fleet, meet a lot of industry professionals and make a lot of friends. In four days, we visited Gloucester, Newburyport, New Bedford and New Haven. We shot over 700 pictures of the towns, ports, boats, commercial fishing gear and the Working Waterfront Festival”.

New to the site for 2009 is an online store which includes an extensive collection of commercial fishing, seafood and saltwater fish T shirts, sweatshirts, tank tops, raglans, jerseys, golf shirts and other apparel.

The site also received enhancements to the layout which improves navigation, user friendliness and offers advertisers more options. Several of the software changes were implemented by an associated design company. “We used O’Hare Sites for some of the restructuring because of their reputation for expertise in content management” explained staff Banks of Daybreak Web Designs.

Added features for 2009 are a continuation of the overall mission of the site. Banks stated “Our goal has always been to provide members of the commercial fishing and seafood industries with the tools they need to improve their business, all in a single package. For example, commercial fishermen can read about the latest regulations, learn about upcoming events, visit forums and participate in political or industry discussions, buy or sell boats or equipment, post job openings for crew and even submit pictures of their boat, catch or home port. Our site stands out by providing those features in an efficient and easy to use format.”

For businesses that supply the commercial fishing and seafood industries, the site features a several important tools. Free features include press release and article submissions, as well as standard listings in the site’s business directory. In addition to basic free tools, the site offers paid advertising and an array of other promotional tools. For businesses that lack a website but want to get listed in the directory, special pricing is available for custom websites. This service enables small businesses to have an online presence and full use of the directory’s features.

These improvements to the site come at a critical time for many businesses. According to the site owner, “The last 2 seasons have been devastating to the commercial fishing industry. Fuel prices have skyrocketed while market prices have remained constant or dropped. Here in the USA, fishermen are faced with more and more restrictions, many of which have a stranglehold on their ability to turn a profit. We are hoping that people continue to use the site to promote and improve the commercial fishing industry, worldwide and here in the USA.”

On December 16, 2007 Commercial-fishing.org overtook several important websites to gain the Google search engine’s # 1 spot in the American market for the term “commercial fishing”. While Google is known for fluctuations in its search engine results and ranks are likely to change again, the upward shift in rank was an important benchmark for the site. The site has dominated the #1 spot since late 2007. In addition the site ranks highly for several other search terms that impact the industry. 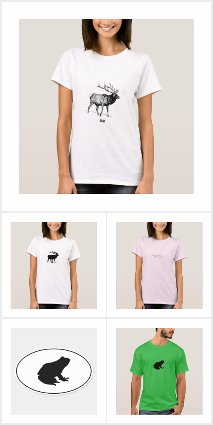